President Joe Biden hit the ground running his first week in the White House, rolling out the core pillars of his policy agenda — from ending the coronavirus pandemic to overturning his predecessor’s legacy — while beginning to swear in his Cabinet, the most diverse in American history.

The new administration immediately unveiled a suite of 17 executive orders on Mr Biden’s first night in the Oval Office, then proceeded to send major proposals on immigration reform and coronavirus relief to Congress. By the end of his first week, the president signed over 30 memorandums and actions.

The Independent has tracked the new president’s first days in office, highlighting his significant policy reversals, announcements and new actions taken by the administration. The following list will be updated throughout his first 100 days in office.

Here are some of the most notable actions taken by the new White House:

Insurrection at the Capitol & Trump Impeachment
– NYTimes: Guide to the Second Impeachment

We Recommend:
1. Join the Solivita Democratic Club private group on Nextdoor
Here’s a link to join the group https://nextdoor.com/g/qikq82agv/ 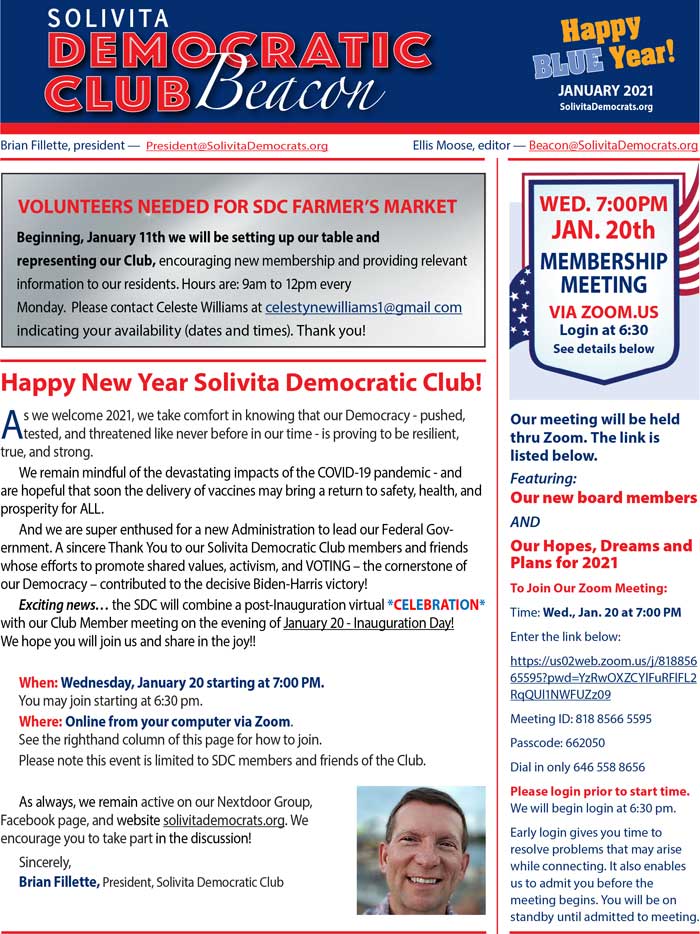 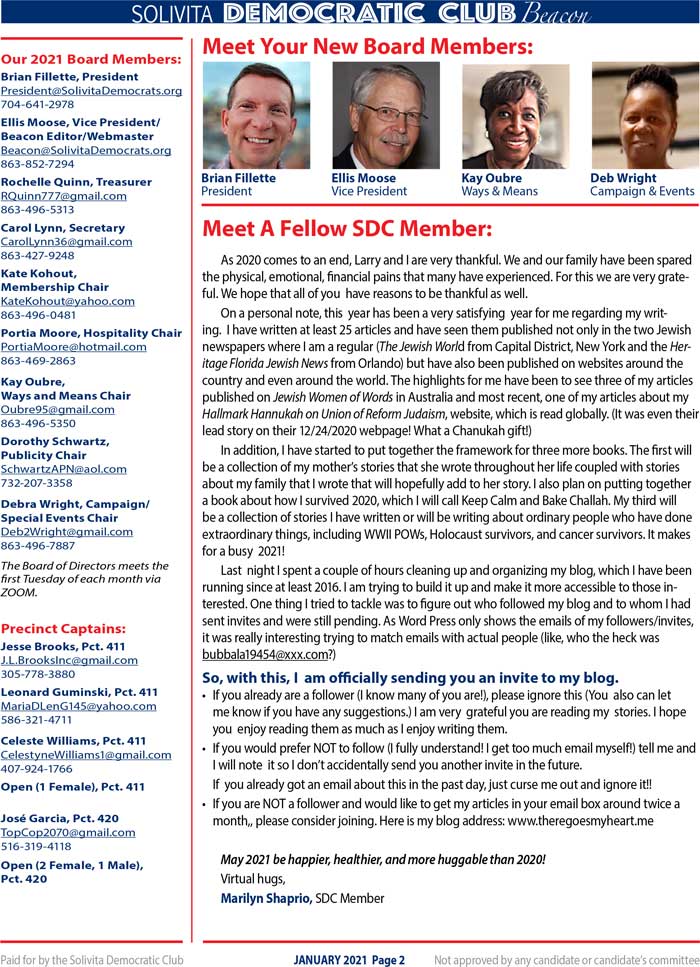 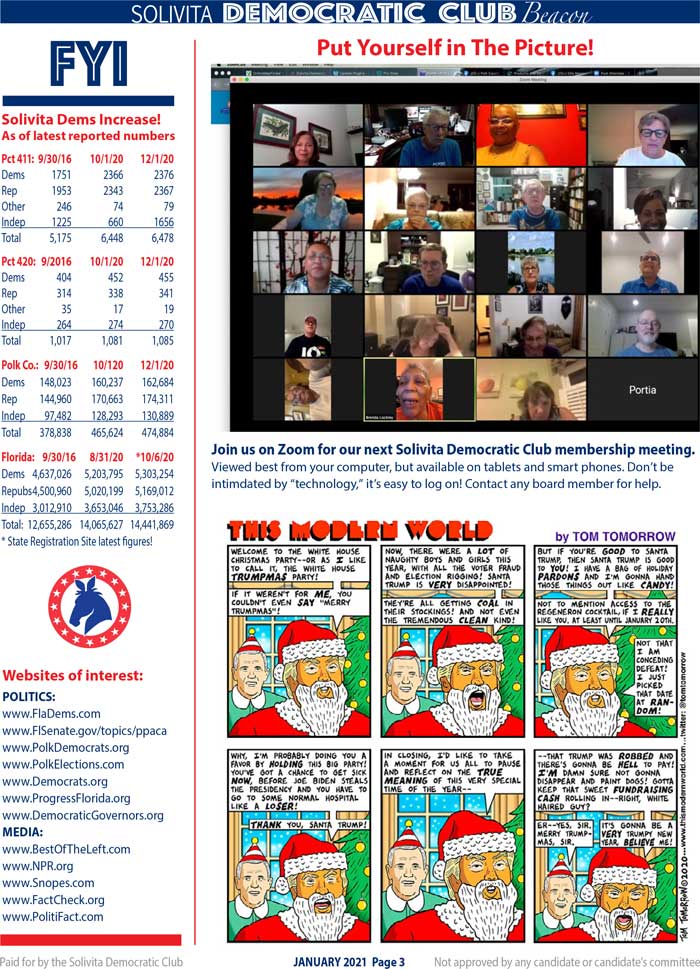 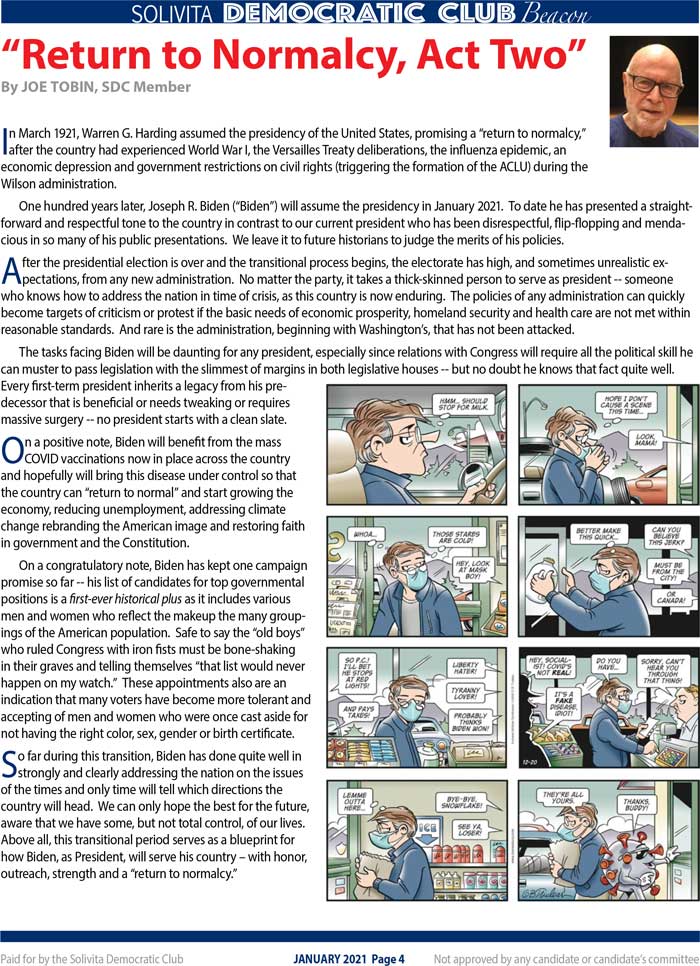 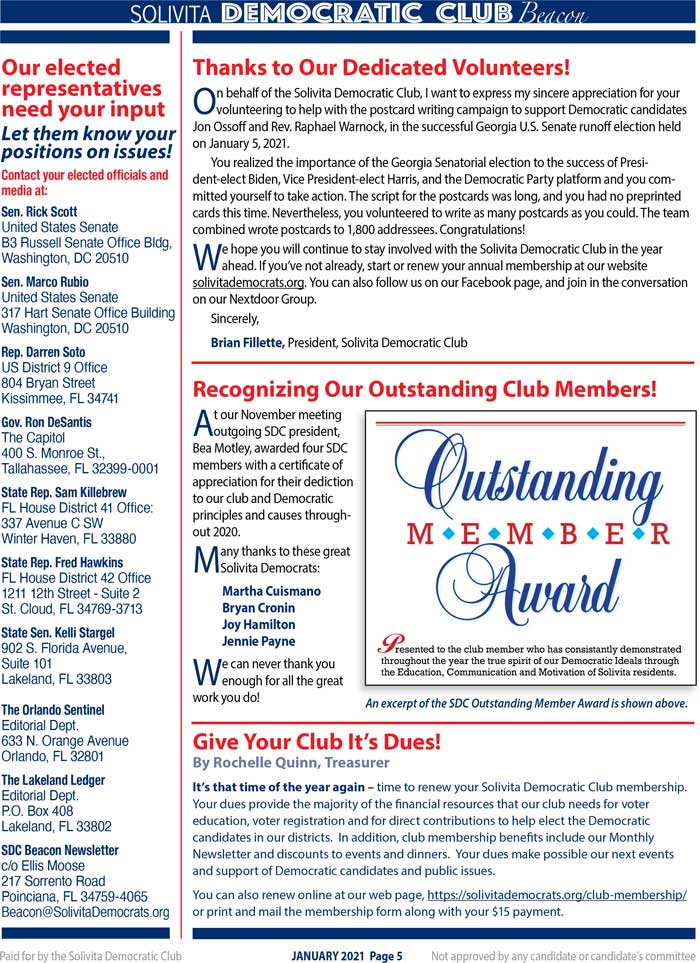 Looking for a way to help Dems win the Georgia Senate seats?